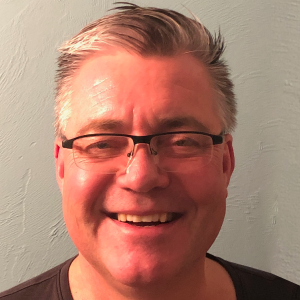 Jim Van Riper is a former Equality Florida board member and board chair. Jim has been engaged in our movement since the 1990's. Jim was board chair for the Pikes Peak Gay and Lesbian Community Center in Colorado Springs Colorado and actively involved during the Matthew Shepherd murder and one of the first anti-gay constitutional amendment dubbed Romer vs. Evans. Upon moving to Florida, Jim located the Tallahassee "Family Tree" LGBTG Community Center and quickly got involved in local activism in Tallahassee Florida. He became engaged in Equality Florida's work to protect students from bullying due to his own son's experiences in Junior High School.

Jim Van Riper and his husband Myles Robertson have been together for 19 years in June of 2018. Having met at a Pride festival in Denver Colorado and never looked back.

In 2017 Jim was recognized with the Voice for Equality award at the annual Tallahassee Gala.